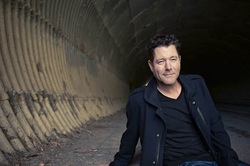 Drew McAlister needs little introduction to those who love the Australian Country Music scene. A firm feature of the last generation of singer-songwriters, Drew’s career has been prolific. As a loving father of two and a much-adored, heartfelt friend to his fans, Drew McAlister is something of an icon of his time. His catalogue of single releases alone includes five number one hits on the Country Music Chart as well as an Aria Award nomination, 4 Golden Guitar Awards and an APRA Song Of The Year Award to his name. The list is almost too long to start…

His career accolades are impressive and far reaching and have led him to become known as one of the nations premier performers, with performances reaching as far wide as the Middle East. He has shared the stage with countless top billing acts including Lee Kernaghan, Troy Cassar-Daley, Beccy Cole, Adam Brand and international acts Alan Jackson and Big and Rich.Drew’s discography is compiled of a vast array of songs that reach into the hundreds, with numerous collaborations under his belt, as well as several years of solo musicianship leading him up to the end of 2019.

Drew has worked with some of the worlds most internationally recognised names in Country Music, including Brett Jones (Jason Aldean), Brian Maher (Taylor Swift), and Dylan Altman (Tim McGraw). Since 2005 he has amassed a total of five albums under industry heavyweights EMI/ ABC/ Universal Music with his early projects and three solo albums since 2008 - ‘There to Here’, ‘Black Sky’, and most recently ‘Coming Your Way’, which was recorded with LA/Sydney producer Andy Mak (Tina Arena/ The McClymonts).

An early focus on the pop genre was originally encouraged by Drew’s record labels, but as the artist moved through his career, a distinctive transition towards a more organic Country Rock sound began to be heard. Drew’s songwriting and musicianship has a definitive sound that encompasses a heartwarming message through his songs. A man ‘of the land’, growing up in country Australia, Drew’s affinity for his homeland and the issues facing humanity in a modern world are a tangible part of what makes up his writing. Undoubtedly a man with a story to tell, his songs are typically anthemic in their sound and convey a sense of hope and strength, driven from a place of warmth and optimism.

Drew’s latest single release ‘Live Young’ saw him return to Nashville Tennessee to work with producer Jamie Tate of Rukkus Room studios.  A place that has had a significant impact on the singer. The Country influence of Nashville can be heard in Drew’s more recent work and his 2015 album ‘Black Sky’ and 2017’s ‘Coming Your Way’ were both recorded at Robertson Brothers Studios and The Grove.

With the ever changing landscape of the music industry unfolding into 2019, Drew’s focus on his music remains a heartfelt, organic one. After recently parting with his long term representatives at the ABC, his latest project has been in partnership with Checked Label Services and a focus on bringing the new music to a predominantly digital audience. A recent encounter with the iconic country brand ‘Ariat’ and their Australian CEO Peter Inmon led to a new friendship between the artist and the brand and a subsequent endorsement that seems to perfectly compliment Drew’s aesthetic.

‘Live Young’ is the next offering from Drew in 2019. The song possesses his signature heartfelt message that is written from a place of personal experience and seeks to convey a message of positivity and aiming for the best, as Drew relates “Live Young is a state of mind. My Dad was a great example of this before he passed. He was well into his 70’s but was always young at heart. I love the way this song is relatable with both the young and old. You only have one trip around the sun so make sure you have fun!”

The single is due to be released on October 11th and is to be followed by a selection of new work and accompanying live dates. Fans will be happy to know that Drew shows no sign of slowing down and his new music and tour schedule are ready to take on 2020.
​© ​ Drew McAlister Music 2016-2021.  All Rights Reserved.
Website by Short Mac Sessions